As a former All-American at THE Ohio State University, I understood what was required to achieve athletic success on the highest level. However as a student and an accounting Major who went to the Fisher College of Business I was also disconnected from the business world and other verticals where my likeness would have helped me further my brand & generate capital.  Now as the co-owner of the PIT BBQ grille I recognize the value, from a monetary and educational standpoint, of connecting the athletes to the market that drives investments in both their future and the brand they represent.

That’s why I, Chimdi Chekwa, have joined KloutMachine at the highest level possible. I believe that KloutMachine is THE NIL solution to drive us into the future that we are looking for, as athletes, business owners, and fans.

KloutMachine is one example of the type of innovation that brings standardization and structure to the current wild wild west of NIL. Their KloutMachine score allows an athlete to understand how their play, the market, team, fans, and more, all contribute to their “individual” financial success. On the other side of the ecosystem, fans can track their favorite players’ scores week by week, and businesses can gauge the best time to sign athletes to represent their brand.

The year is 2030. For almost a week now, the name Musa Mustapha has been a trending topic across social media outlets around the world. The 17-year old Musa is announcing where he will be playing Table Tennis at the collegiate level. In a reversal to prime Lebron James & The Decision, Musa lets the world know he’s taking his talents TO the Midwest to attend The Ohio State University, capping off one of the most widely anticipated signing day decisions of all time. Much of the excitement around Musa’s decision began two years prior when he signed a $20 million endorsement deal through the Kloutmachine platform. The data showed that he was just a few key moments away from being a global star and was well positioned to be catapulted into superstardom the day he left for college.

Musa is now the top table tennis player in the world and has been so for nearly 2 months. He is largely viewed as one of the biggest stars in his home country of Nigeria. Table tennis is huge in the Asian and African markets. With a large pool of rising African talent, its popularity in the region continues to grow. The rising sport has yet to reach that same level of “Klout” here in the U.S. but that is starting to change. Table tennis, as expected, has recently been approved as a collegiate sport now that it meets the criteria of over 40 schools with table tennis teams…

The above is a made-up narrative but many of the elements are real! The approval of NIL profitability in college sports will evolve over time to make something as outlandish as this very possible. The solution to navigating the fallout is to create an equitable ecosystem where ALL are treated equally under NIL laws.

The NCAA in a bid to maintain competitive parity, permits athletes to monetize their name, image and likeness. The NIL laws that came with it forever changed the economics of college sports. Some of the Challenges that have arisen as a result:

The natural conflict is the major one. I get it. As it stands today, college sports fans represent the largest fan base in the U.S. at over 50% of the general populace considering themselves college football fans.

“There is a feeling of pureness to college sports that seems like it will deteriorate more and more as individual players get a bunch of money thrown at them.”

The sanctity of team and school spirit appears to be threatened. Loyalty, legacy, tradition and other words that represent what institutions mean to fan bases are at risk. If it ain’t broke, don’t fix it, right? But, at least for the athlete’s sake, these changes had to be made, and it is our job to turn the negative fallout into a positive asset that can be valued by both the fan and the athlete alike.

One example is individual sports. I’ll choose skiing, since table tennis hasn’t reached the college sport level. A collegiate skier can compete in the Olympics, sign an NIL deal and still attend a university. NCAA Skiing & Snowboarding generates less than 1% of college sports revenue, but in the past even one deal was beyond the limits of possibility. The future now available to these athletes is one that doesn’t force them to choose between money and loyalty to their team or the sport they play. Understanding their value and using it to launch themselves into the public eye can benefit all parties, including public interest in the sport itself.

When a team is winning, it financially benefits everyone on the roster, from the punter, to the backup safety, to the QB. Even before NIL, it has always been easy to understand why a fan is watching a game and whose jersey number is on display across the stadium. In team sports there’s a benefit to marketing certain individuals separate from the team, because of the understanding of what they can do for the sport.

For a while the NCAA turned money away from businesses, boosters and others in an effort to preserve what we believe we love about college sports. Attempting to preserve loyalty, legacy, tradition etc. at the expense of overall market growth creates a bubble that will eventually burst. A free, competitive market with the proper leadership and guidance can lead to transformative benefits that solve many of the anticipated challenges and unknowns that concern us.

I am contributing my time and resources to develop KloutMachine into the NIL Data solution. We are the base infrastructure that will quantify, commercialize and disseminate the value of a college sport performance, and eventually far beyond it. KloutMachine will act as the GPS of the NIL world!  Not only will it allow for navigation, but it will use data to unlock pathways most did not even know existed.

We look forward to bringing you weekly podcasts, blogs on all NIL activities, Twitter spaces, live-game coverage, and of course, THOUSANDS of scores after every single game. Head to Kloutmachine.com for the latest. 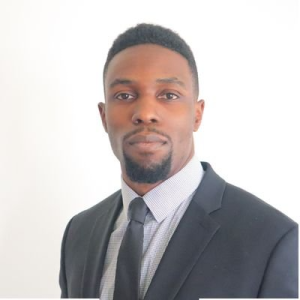 My name is pronounced Chim-Dee Check-Wuh. Chimdi Chekwa is a former NFL cornerback & current owner of The PIT BBQ Grille. He played college football at Ohio State. As a senior in 2010, Chekwa was named a first team All-American by the FWAA and College Football News. He was drafted by the Raiders in the fourth round in the 2011 NFL Draft.

A problem was detected in the following Form. Submitting it could result in errors. Please contact the site administrator.